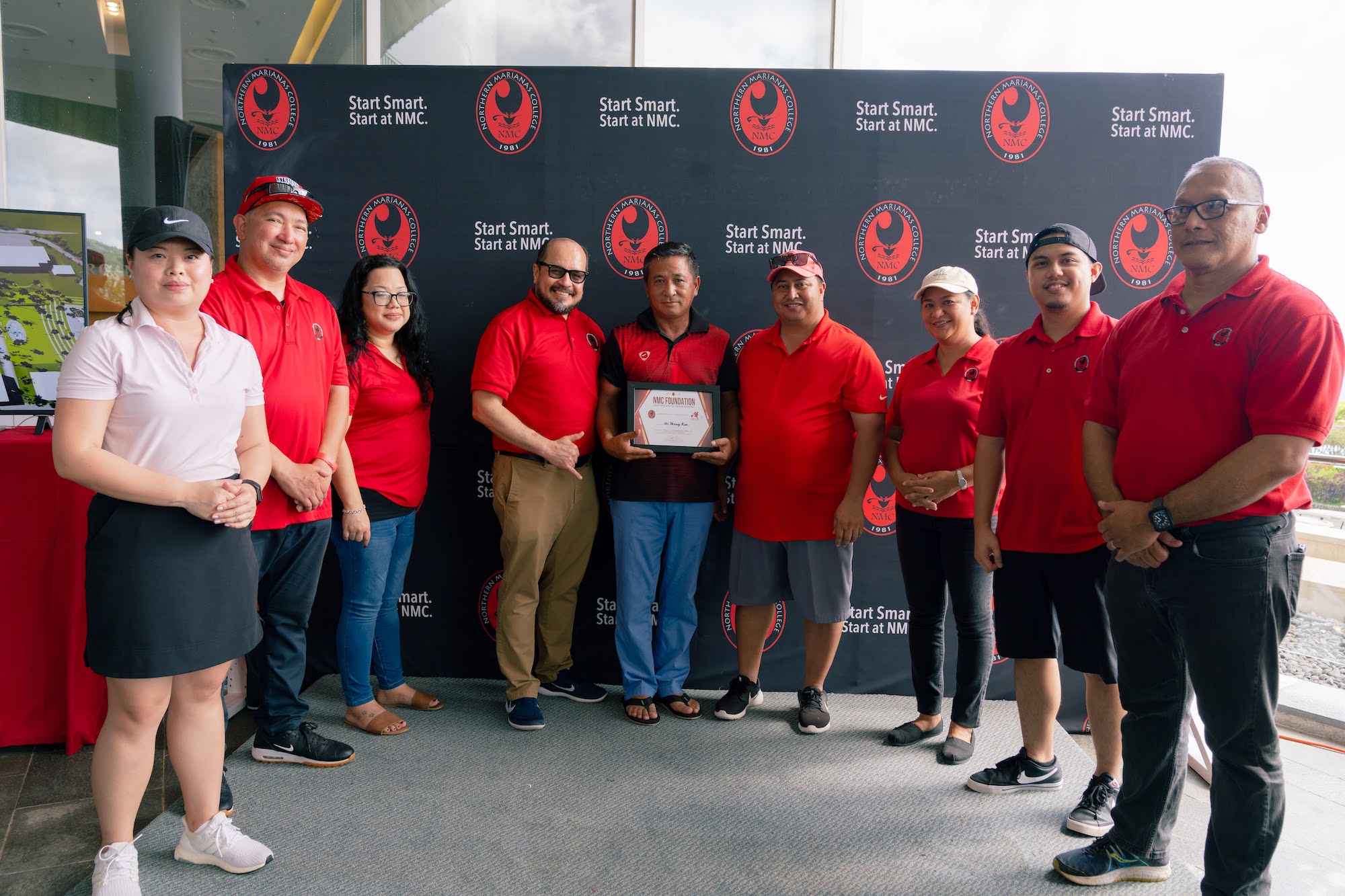 Kim, who finished second in the Championship Flight of the Northern Marianas College fundraiser last year, topped the showcase division this year after shooting a 1-under par 35 in front nine spiked with birdies in holes No. 3, 5, 7, and 8 in the front nine.

He started the back nine with pars in holes No. 10 and 11 and a birdie on the 12th hole. Kim made up for a bogey on the next hole with his last birdie of the day in hole No. 15 after going par on the 14th to give him 2-under going into the last three holes.

The jitters probably got the better of the longtime tour guide though as he bogeyed the last three to finish with a naked 73, but still topped the Championship Flight and shot the lowest score of the entire tourney.

“I felt happy after winning the Championship Flight. It wasn’t expected, therefore, I was able to feel more excitement at the end,” said the 52-year-old native of Gangwon Province, South Korea.

Kim, a 2-handicapper, dedicated his first-ever Championship Flight win to his family.

“I am grateful to celebrate the event with my family who gave me emotional support. I would like to thank my wife, Yun, and my kids, Sophia, Nicole, and Joshua.”

Asked what caused him to fade a bit in the last three holes, Kim said, “I felt little bit tired that day. I think my anxiety caused the three bogeys.”

CNMI national golfer J.J. Atalig came in second to Kim with a 74 built around five birdies. He started out like a house on fire with a 2-under 34 in the first nine holes before struggling a bit with a 4-over 40 in the back nine.

Third place Freddy Salavaria actually finished tied with Atalig with his identical 74, but lost via scorecard tiebreak. In contrast with Atalig, Salavaria started slow with a 39 in the front nine, before heating up in the back nine with a 35. He had four birdies in all in holes No. 3, 16, 18, including a spectacular two-shot one in hole No. 15.

Third place Norita mirrored Shiroma’s front nine and back nine scores but with birdies in holes No. 1, 4, 5, and 17.

In the B Flight, Nick Reyes took the plum with a 76, followed by Roy Ada and Peter Mendiola with scores of 79 and 83, respectively.

First place across all divisions of last Saturday’s tournament was worth $500, while $300 and $200 went to second and third places, respectively.

Results of the C Flight, Ladies Flight, and Seniors Flight will be published in the next issues of Saipan Tribune.