The intense competition lasted from October 23-24 and tested the University of Guam ROTC team’s land navigation skills, rifle marksmanship, first aid knowledge, and physical fitness and endurance. The Cadets trained together all semester in order to excel at the competition.

Dan Ryan Tumaquip, a senior at the University of Guam and a graduate of Saipan Southern High School, traveled to Oregon and noted that he appreciated the training because it made him mentally and physically prepared for the challenge.

“Teamwork was a big thing here because everyone has to finish together and the team gets evaluated together,” Tumaquip said. “The camaraderie was amazing – at the beginning of our training we were strangers, but once we became a team we really had that great camaraderie.”

Tumaquip also graduated from the Northern Marianas College in 2015 with his Associate in Applied Science degree in Criminal Justice.

Jeffrey Seo, a sophomore at the University of Guam and a graduate of Marianas High School, said before he left Oregon to return to Guam that he was “happy to be able to come out here.”

Seo described the benefits as being able to understand his limitations, increasing his confidence, and knowing that his “hard work paid off.”

“What helped our team was that we had fun when we weren’t competing, but we changed our mindset to be aggressive, tactical, patient, and smart whenever we trained or competed,” Seo said. “I felt that we became one team and all family.”

Jeffrey had previously attended and completed his freshman year at the Northern Marianas College.

Cadets Tumaquip and Seo were able to drive the team to a 7th place finish in the Ranger Challenge Competition, as they defeated ROTC teams from the likes of Seattle University, University of Washington, and University of Alaska.

According to Lieutenant Colonel Thomas Anderson, the Professor of Military Science at the University of Guam, the Ranger Challenge Competition turned out exactly as he had hoped.

“The Cadets bonded as a team and really worked hard to bring out each other’s strengths,” said LTC Anderson. “Dan Ryan and Jeffrey represented Saipan and the CNMI well and I couldn’t be prouder of them.”

Retired Army Lieutenant Colonel Clement Bermudes, Criminal Justice Department Chair and SROTC liaison at the Northern Marianas College, excitedly reacted that “we are sincerely proud of both Dan Ryan and Jeffrey for their hard work and commitment, and they serve as a great example of the opportunities available to our CNMI students.”

The Cadets loved the training, but the physical environment made them wish for home, as Cadet Tumaquip shivered out that “it’s really cold in Oregon – the cold is like a different story, especially with the rain added in.” For these sons of the Marianas, there truly is no place like home. 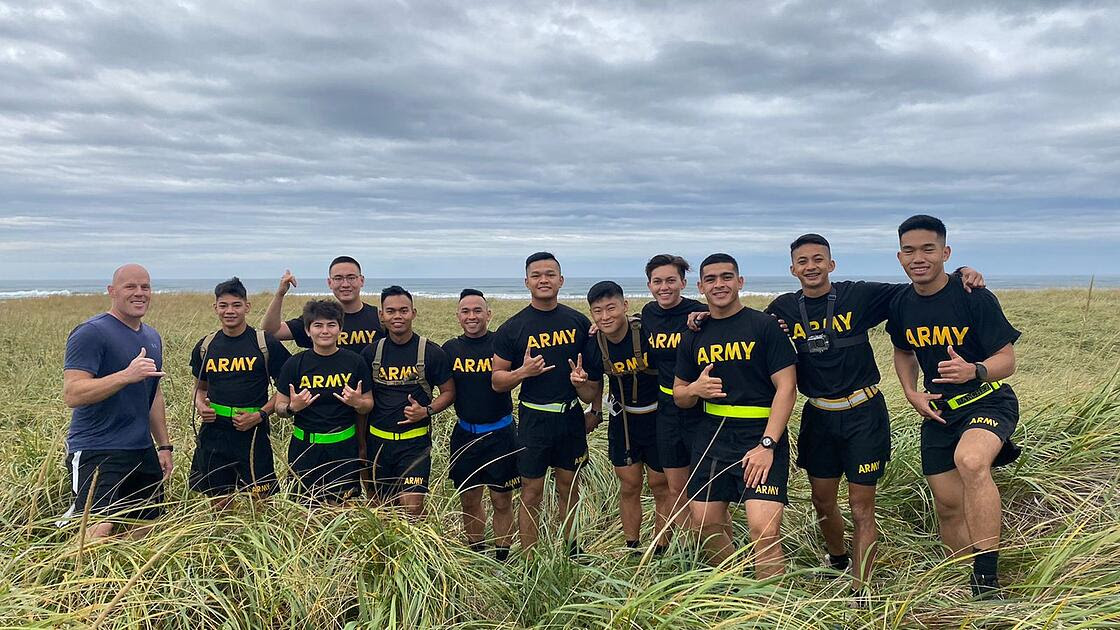 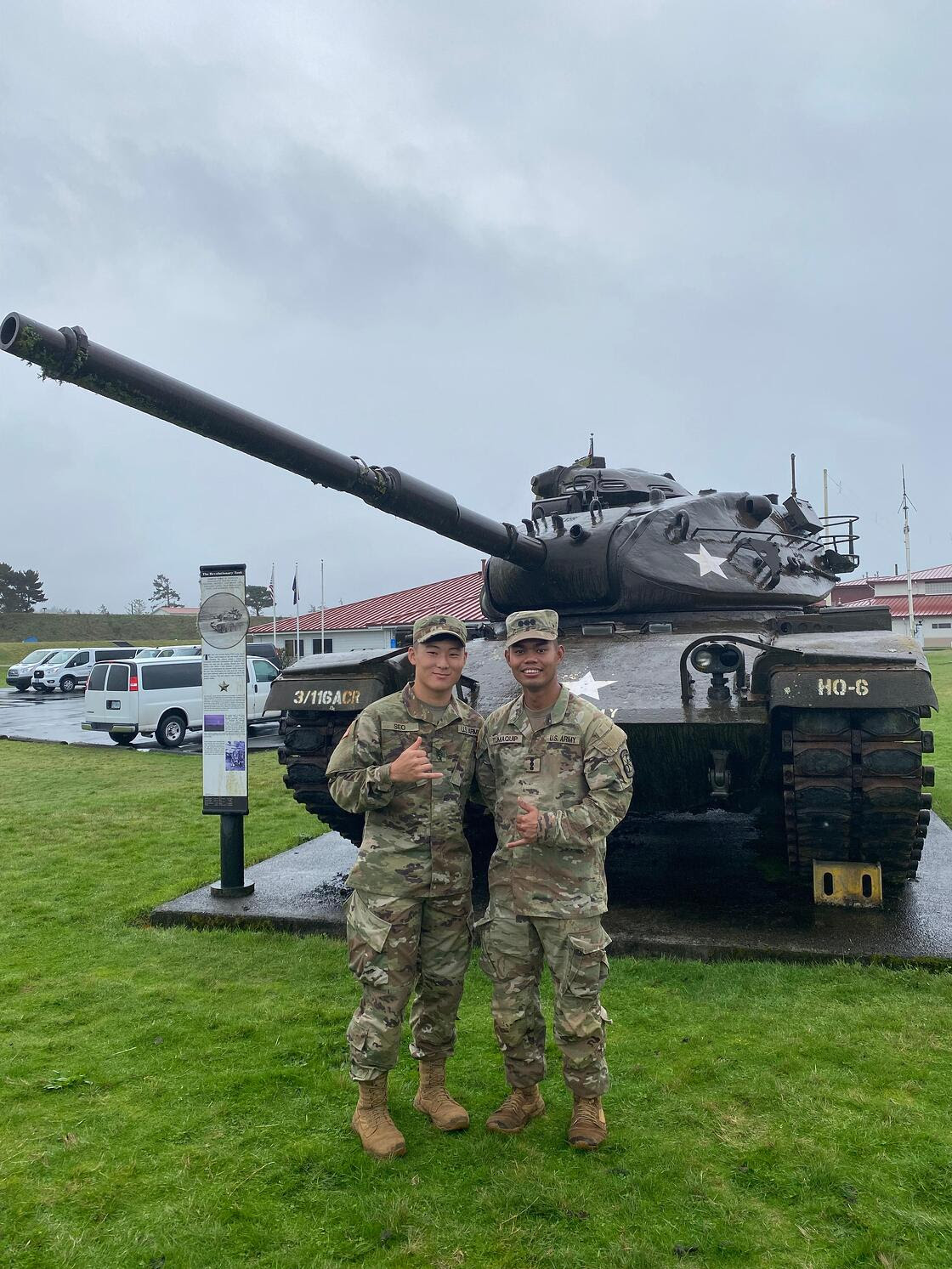 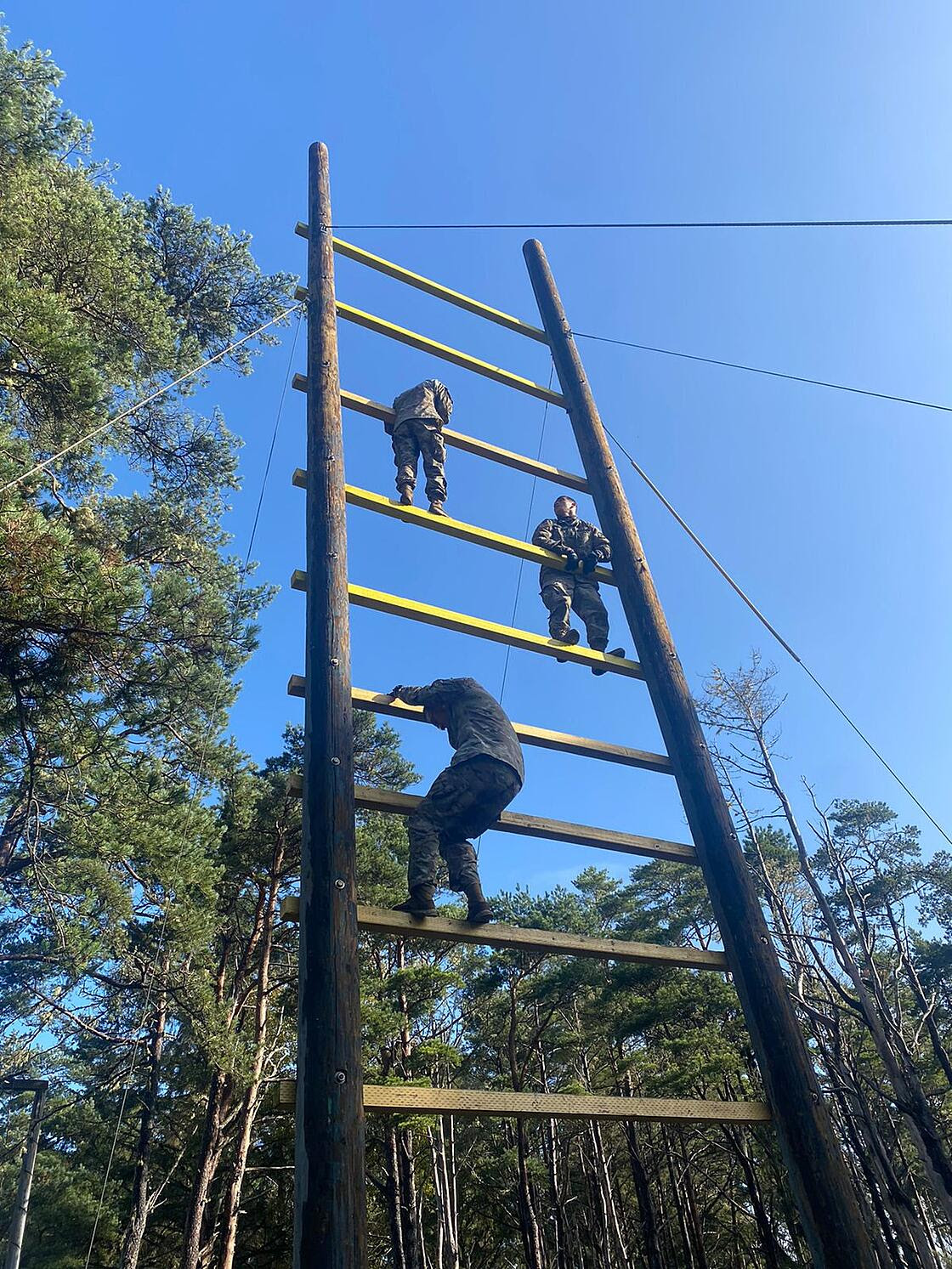 Scaling New Heights. The University of Guam ROTC team had to negotiate the obstacle course as the Cadets competed at the 8th Brigade ROTC Ranger Challenge competition along the Oregon coast from October 23-24, 2021.