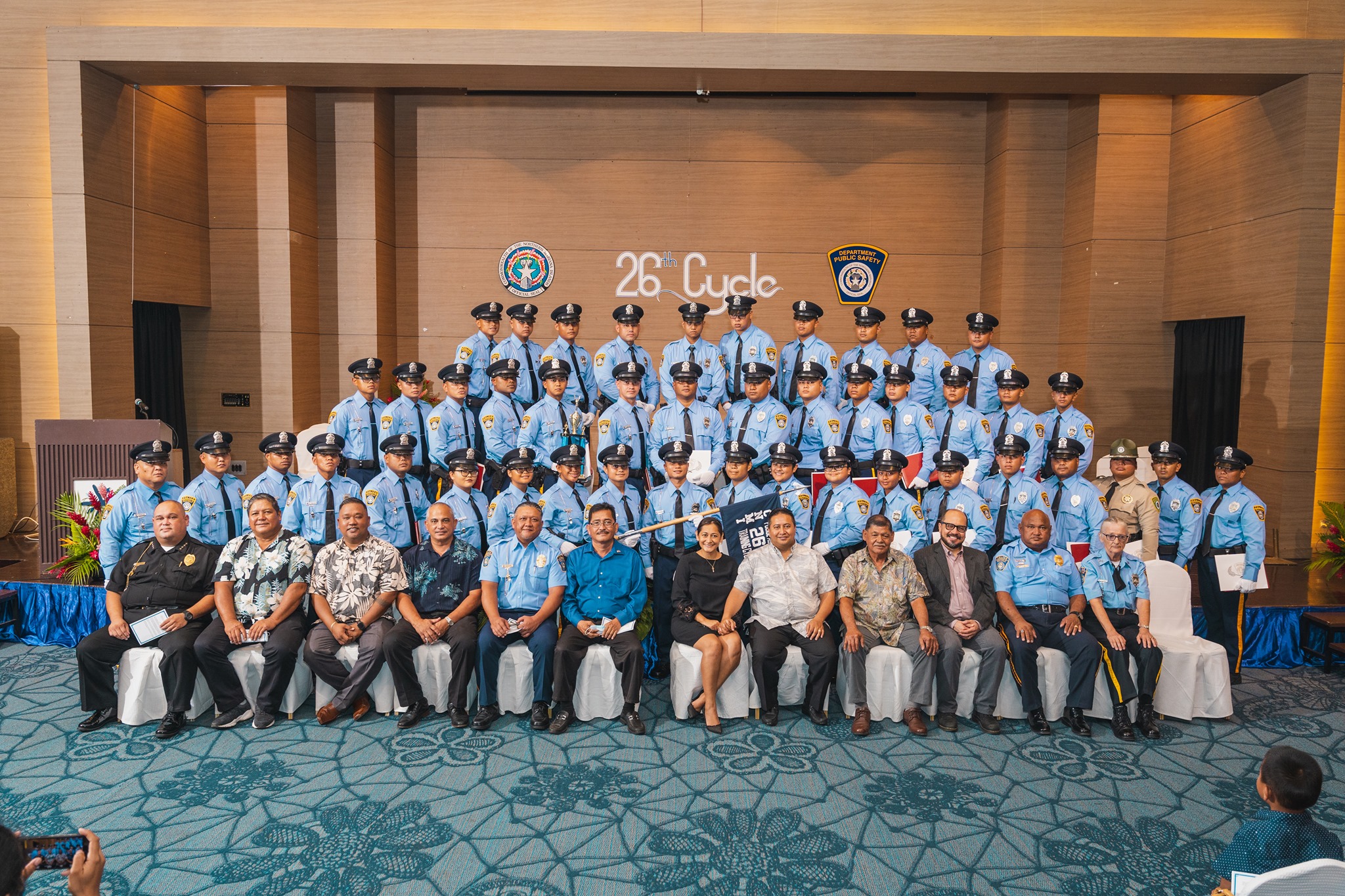 FORTY-FOUR cadets, including the first female conservation officer from Rota, have graduated from the Department of Public Safety’s 26th Police Academy.

They were sworn in by Superior Court Associate Judge Joseph N. Camacho at Saipan World Resort on Wednesday morning. A Mass for the graduates was also celebrated at Mount Carmel Cathedral.

Noah Blesoch Camacho is the class valedictorian and was awarded the “Top Gun” award while Onria Nicole Atalig is the class salutatorian.

Judge Camacho, a former police officer and a graduate of the DPS 8th Police Academy, noted that in his time there were only 20 cadets and all were men.

He reminded the new officers that when they took an oath of office “they bind themselves and their loyalty to defend the CNMI Constitution.”

The CNMI Constitution, he added, is the highest law in the land, and no Legislature, governor or judge can change it. “Only the people of the CNMI can change their constitution,” he added.

According to the judge, “It’s an honor and privilege to administer the oath for the 26th Police Academy, and it was wonderful and touching to see many of their families pin their badges on them. I wish all of them success in their future endeavors.”

For his part, DPS Commissioner Robert A. Guerrero told the media that the new officers, whose training started in April 2021, are “a plus for the police department.”

“We are in a pandemic, and we are planning to reopen our tourism so we need more officers on the streets and strategic sites,” he said.

“These officers have undergone intensive training...and police simulations. They’ve learned a lot and have acquired college credits for the criminal justice course at Northern Marianas College for their associate degrees,” Guerrero said.

The new officers, he added, will help “keep our streets safe. As you may have noticed, our crimes have gone down for the last four years because the police are doing their job.”