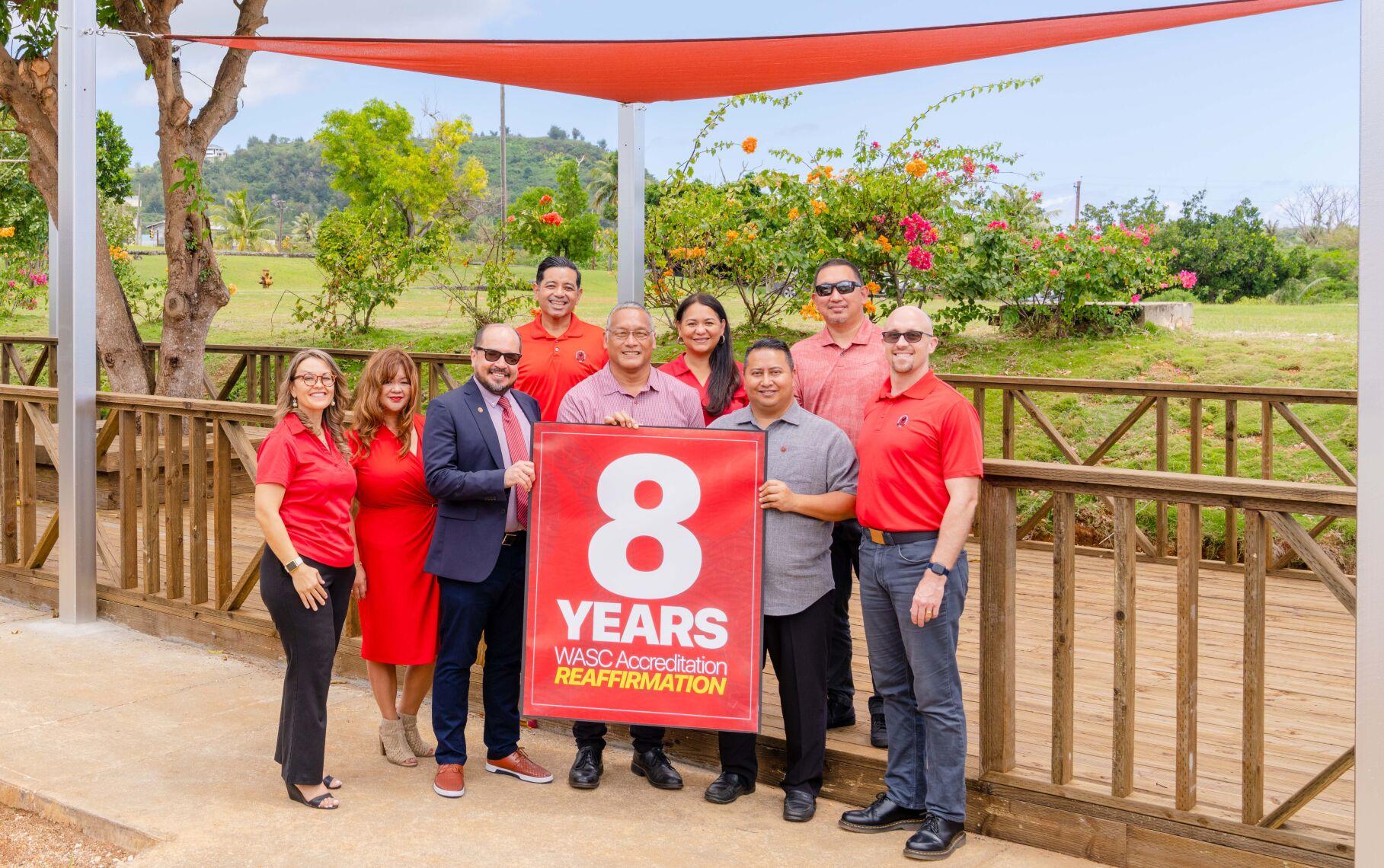 In the presence of Gov. Ralph DLG Torres, the NMC Board of Regents and other college officials, Deleon Guerrero said this "is the longest accreditation term in NMC history." He said the next accreditation visit will be in the fall of 2029.

According to the college president, “We were commended for our resiliency” as the accrediting commission noted the college's “incredible efforts” in responding to Super Typhoon Yutu in 2018 and its “timely, comprehensive and effective response to the Covid-19 pandemic.”

Deleon Guerrero said during the height of the pandemic, NMC was “back within weeks.” In other jurisdictions, it took months for their colleges to reopen, he added.

Deleon Guerrero said the accrediting institution likewise commended NMC for its resilient faculty, students and staff members who persevered through the “storms of uncertainty and socioeconomic disruptions” and a more supportive relationship with both the NMI government's executive and legislative branches.

Looking through historical context, he said obtaining a long-term accreditation is an important reflection of the quality education and services that NMC provides.

The college, he said, had been on a “roller-coaster ride” during which it went through several sanctions and, at one point, ran the risk of losing accreditation.

But the college continued working hard, Deleon Guerrero said. Faculty, staff, students and administration — all of them played an important role, he added.

“It has been a lot of work, a lot of thinking and reflecting. It's truly been a team effort, there's no way around that. We did it. The college did this,” he said.

“Despite the super typhoon that destroyed 85% of the campus, despite the economic uncertainties and the global pandemic, despite all of that, the community,” he added, “has come together to help the college not only meet the standards but in some cases exceed them.”

Deleon Guerrero also thanked NMC Vice President for Administration Frankie Eliptico who was the interim president when the college was recovering from super typhoon devastation and had to deal with the impact of the Covid-19 pandemic.

“Thank you for all the work that you have done for the college,” Deleon Guerrero told Eliptico.

Governor Torres, for his part, congratulated NMC and its officials for “such a great accomplishment.”

He said he has witnessed how NMC confronted many challenges in the past years.

After Super Typhoon Yutu slammed into Saipan and Tinian, the governor said it broke his heart when he saw the extent of the destruction on the NMC campus.

But because of the resiliency of the faculty and students, the governor said, “we worked so hard to get to where we are at.”

He added that with the dedication of both the Legislature and the administration, “rest assured there will be more [good news] coming.”

The eight-year re-accreditation of NMC is “an opportunity of a lifetime for us to build a campus for all of us, our children and grandchildren — a state-of-the-art college we can be proud of.”

As the NMC Proa sails on, he then told Deleon Guerrero, “there is only one navigator, and that's you, and all of us are here to support you.”

“This is a real success for all of us,” the governor added.

For his part, NMC Board of Regents Chairman Charles V. Cepeda said it was the second accreditation announcement he had witnessed at the college, “but this one today is more exciting because it's for eight years. You guys did great. I cannot say how proud I am,” he added as he congratulated Deleon Guerrero and Eliptico who, as interim president, “dealt with me a lot at the time.”

Cepeda likewise thanked his fellow regents for helping the college accomplish its goals, and the governor and the Legislature for their support.