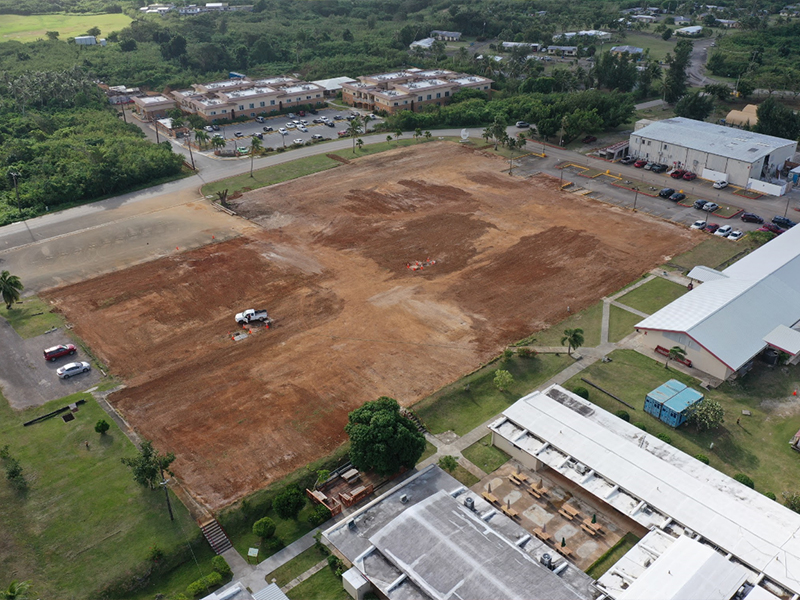 THE construction of a brand new campus for Northern Marianas College will take a while, but NMC is moving forward with its master plan, its Interim President Frankie Eliptico said.

In a press conference on Monday, he told reporters that the demolition of NMC buildings that were destroyed by Super Typhoon Yutu in 2018 is now complete.

The demolition of the buildings is funded by the U.S. Department of Education through an emergency assistance grant, he added.

Eliptico said NMC “is already moving forward with the facilities master plan, which will establish the framework for the current and future growth and development of capital improvements on campus, including classrooms and other learning spaces, offices, labs, open spaces.”

The federally funded construction of the new campus is estimated to cost between $75 million and $100 million, and is expected to be completed in 2024, “hopefully,” Eliptico said.

“We are thankful to the U.S. Department of Education, the governor, the NMC Board of Regents, the guidance of regulatory agencies, and others for their support and help with our recovery activities,” he added.

He also acknowledged the work of the NMC team members. “They have been working diligently to move this project forward despite the challenges of the pandemic,” Eliptico said.