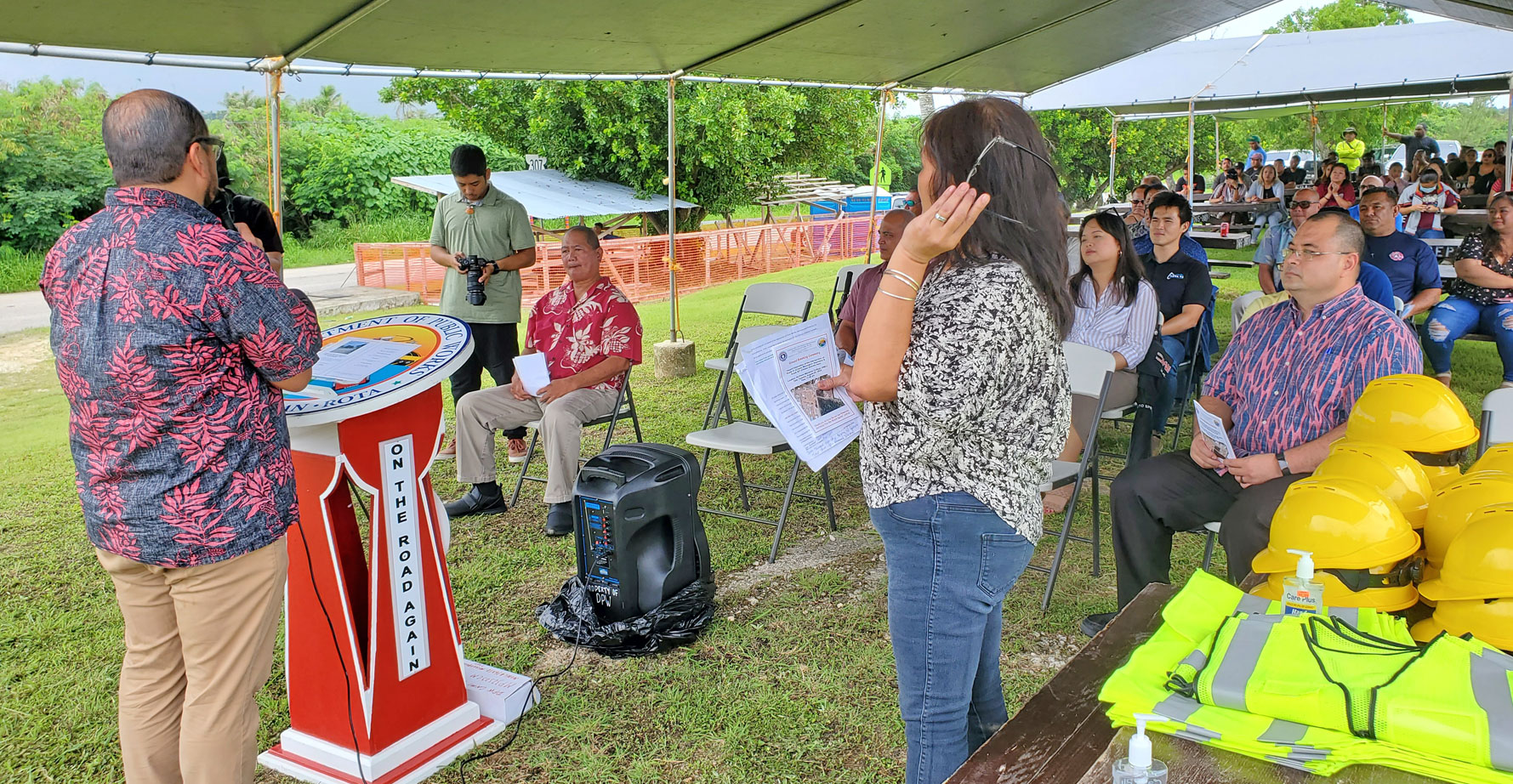 Northern Marianas College president Dr. Galvin Deleon Guerrero said they are excited about the upcoming fall semester because they have another enrollment increase, among other new things.

Deleon Guerrero, who was among the speakers during the groundbreaking ceremony Tuesday for the hazard elimination project at the corner of Chalan Monsignor Guerrero Road and Chalan Antonio Apa Road near NMC in Finasisu, said enrollment increase comes despite all the devastation the CNMI has suffered—typhoons, pandemic and economic turbulence.

“It’s really refreshing and rewarding to see that people are prioritizing higher education,” he said.

Deleon Guerrero said they are looking at a lot of new things being launched this year such as the Proa Promise Program. “That’s going to ensure that we have a last-dollar scholarship program to ensure that everyone can afford higher education,” he said.

The Proa Promise Initiative, which will start this fall 2022 semester and will apply to any U.S. citizen who pursues a degree at NMC, will cover the cost of tuition and mandatory fees that are not covered by the Pell grant, other federal financial aid, CNMI Scholarship grants, municipal scholarship grants, military educational benefits, and private scholarships.

Then there are new facilities that are going to be coming up.

“This is just a harbinger of things to come,” Deleon Guerrero said, adding that they’ve got a student center groundbreaking in just a few months.

Soon after, Deleon Guerrero said, they’re going to be moving forward with a lot of other departments on campus. “So very, very exciting time to be in the NMC Proa,” he said.

NMC is also going to launch a new media communications program. Deleon Guerrero said NMC led all the broadcasting efforts for the recent Pacific Mini Games, with a lot of help from KSPN2 News as well as their other community partners.

As a result, he said, they were able to acquire a lot of new equipment, which they would use to launch the new media communications program.

“We are already using the equipment for various community needs. But we’d like to take the volunteers that went through the training, and maybe upskill them even more,” Deleon Guerrero said.