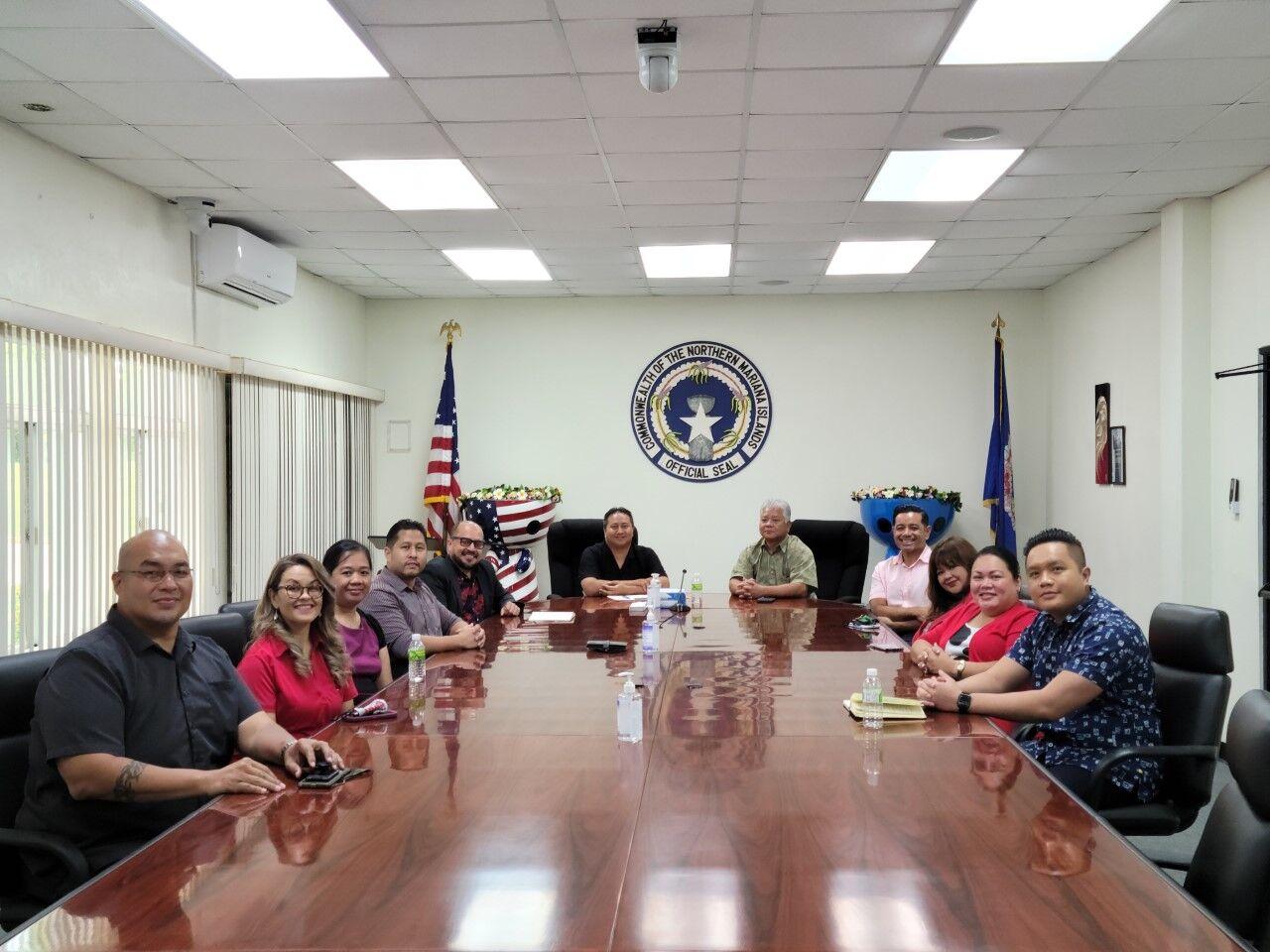 IN a meeting with the Torres-Palacios administration on Tuesday, Northern Marianas College officials discussed plans for NMC, including turning the As Terlaje and Dandan area into a college town.

The governor and the lt. governor both congratulated the newly selected president, as well as thanked former interim president Eliptico for their leadership and recognized the NMC team for their hard work.

"We're excited. We've gotten some updates on NMC — the buildings, the master plan, and new programs that will be rolling out. We're here to continue the partnership and make sure that NMC is successful [and] to give incentive," Torres said.

He encouraged high school graduates in the CNMI and beyond to consider NMC as their first choice in college education.

"The administration is 100% to support and make sure that the new facility is expedited for students," he said.

Torres also said funding for the college came from a portion of the American Rescue Plan Act as well as earlier federal funds, noting that the college received $10 million in early 2020.

The administration will also be dedicating a team out of the new Infrastructure and Recovery Program office specifically for NMC, Torres said, to expedite the process.

"Anything that NMC needs that the administration can help [with], we'll make sure to provide assistance," he added.

Palacios, for his part, said, "A lot of our own people are coming back to put together this college and realize the vision that we've all had for this college. We are behind the college's program, not just the infrastructure, but the institution."

He added, "Aside from the funding that's requested from the governor, we will try to work hard to make it happen for our people."

NMC President Galvin S. Deleon Guerrero thanked the administration for supporting the college throughout the years.

"I have said this before and I will say it again that in my memory, I don't recall a governor supporting the college as much as you have. I really appreciate that," he said.

Deleon Guerrero also recognized Eliptico, whom he has known since junior high school, for his leadership in the past three years.

"I have always enjoyed working with him, and now I get to work with him on a daily basis. I'm very happy to be joining him and the team with everything that they've built at the college. They've sailed that proa through some of the most turbulent waters, whether it be typhoons, austerity measures, pandemic, they kept it afloat, they kept this sailing ahead, and now we're just really excited to be building upon that success towards a brighter future, whether it's new facilities, new programs, higher enrollment, and just meeting the workforce needs and the overall needs of the CNMI. We look forward to that continuing partnership with the administration," Deleon Guerrero said.

The new NMC president said the college facilities master plan is currently 95% completed and is targeted to be fully complete by this August. This plan will serve as a guide to all future construction on the campus.

Once it has been completed, the project will move into its architecture, engineering, and construction phases.

"The last typhoon blew away practically 85% of the As Terlaje campus, and that was devastating. Thankfully, with the governor's support and with [the Federal Emergency Management Agency], we're able to build temporary tents to continue providing education," he said.

However, Deleon Guerrero said this was not enough.

"It just takes one more typhoon and that's all gone. So, this has given us a unique opportunity to rebuild from the ground up," he said, noting that Eliptico and the NMC team have done a great job of making sure that the college is rebuilt very intentionally.

"We're rebuilding a layout of a campus that will not only make sense for the future of the college, but will also revitalize, reinvigorate the economies of the As Terlaje and Dandan Area. The idea is to build a college town, and then to also do the same on Tinian and Rota,” he said.

"I don't know if we're going to meet this goal, but the goal that I've set forth for the team at the college is to break ground on building a new facility within one year, maybe before that, but within one year from August 1."

"There are going to be a lot of moving parts, especially as we rebuild, so whatever cooperation and support we can get beyond just funding is something that we're asking and look forward to," he said.