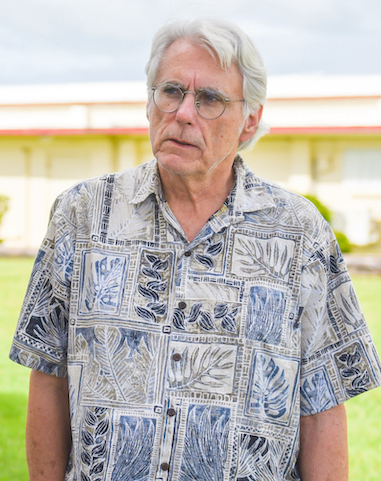 Jim Kline received his Ph.D. in psychology with a Jungian Studies specialization from Saybrook University, San Francisco, California. He also holds a MFA degree in Creative Writing from Antioch University, Los Angeles, California, and a Bachelor of Arts degree in English from the University of California, Santa Barbara.

He currently works in the Social Sciences and Fine Arts Department of Northern Marianas College and for the past several years has served as professor of psychology within the department, teaching a variety of psychology courses as well as the department’s Current Issues of the CNMI class and the Critical Thinking class.  He also served for three years as NMC’s Chair of Languages and Humanities Department.  Before becoming associated with NMC, he worked as an adjunct instructor for fifteen years with Mt. Hood Community College in Gresham, Oregon, teaching courses in English composition and psychology.

He also worked as a part-time psychology instructor for ten years with Pacifica Graduate Institute in Carpinteria, California. He has published numerous articles in various professional psychological journals and is the author of The Otherworld in Myth, Folklore, Cinema, and Brain Science, with the book featuring work generated by students from NMC about their experiences with traditional beliefs and encounters with spirit ancestors associated with the Northern Mariana Islands and other locations.

He is currently working on another book project tentatively called Nonrational Logic in Contemporary Society: Magical Thinking, Conspiracy Theories, and Folk Devils Among Us. Like his previous book, the current one will also incorporate work from NMC students.